Or maybe I could even call this: In Defense of Memes.

Is this an appropriate venue for an embarrassing confession? If I had read this article when I first started playing roleplaying games, I likely would have rolled my eyes and called myself silly. And the idea that RPGs shouldn’t be silly is the type of cringe I now look back on in embarrassment. But earlier this week I encountered a post praising how grim dark and serious Golarion is as a setting and praising it for having that “old school role playing vibe”. Now normally this is the kind of rant I would leave for Discord, but today I couldn’t help but hoist up my old man pants, get my cane, and shake it from metaphorical front porch at my literal audience. And maybe next time you want your character to sit down at the noodle bar in Goka and just talk to the other PCs over some ramen you’ll take the initiative to go ahead and roleplay it out rather than decide it’s silly for adventurers trying to save the world to “waste time” talkin’ about noodles. 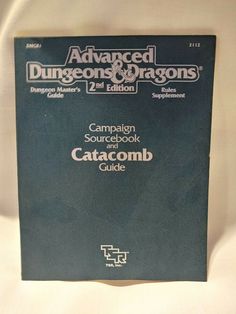 This article was largely inspired by the AD&D Campaign Sourcebook and Catacomb Guide, which still holds up to this day!

There is this idea that Old School Roleplaying Games are somehow more serious than modern games. And there are plenty of stories of living campaigns “back in the day” where level 1 Fighters were expected to adventure in the game party as level 16 Wizards against monsters who’d roll to see how many PCs they decapitated each round. There’s this idea that only modern gamers want to play nigh-invincible high-fantasy protagonists inspired by anime and JRPGs. Well guess what? Those kinds of brutal encounters are still being played today, and those types of PCs were very much discussed in the aforementioned AD&D Campaign Sourcebook. Everything from Gelatinous Cubes to Boo the Hamster should clued you in that the idea that old-school RPGs are “more serious” is a gatekeeping-adjacent delusion meant to put down newer gamers and settings. And the best question you can ask yourself when you’re analyzing whether or not older systems were more “serious”: Why would they be? Gamers in the 70s wanted to have fun too, and humor existed before the 21st century, which brings me to my next point:

From ancient cities to modern battlefields, humans have always been a silly species. Heck, animals have always been silly. Absurd and silly memes aren’t 21st century creations. Killroy was here shows us that even in the midst of one of the most terrifying and horrible conflicts of the modern era brave warriors kept up their morale by making memes. The truth is that we value laughter and things that make us laugh; It’s a pure expression of unbridled joy that makes creation worth fighting for. There’s nothing wrong with encountering a group of grizzled mercenaries-gone-bandit sharpening their daggers around a campfire. But why not have one telling a funny story? Maybe sticking forks in his mouth and pretending to be a dragon! Or a pair of them doing drunken slap-stick by the fire! What sounds more engaging to you: typical behavior that just screams “these characters exist only to fight”, or characters that remind the PCs why the world is worth defending in the first place! You know why someone would paint a cute bunny on the side of their sword? The same reason marines would ride around with silly drawings of Homura.

Once you have a realistic world set-up with the appropriate levels of silly, you’ll quickly find that both players and the GM are given a level of leeway that let’s everyone at the table relax when it comes to such overvalued concepts as canon and verisimilitude. Did you freeze during a speech and had to say “wait, give me a second, I just forgot what I was saying”? Sure, most of the time it’s an out of character blunder, but if you aren’t committed to acting like the table is some sacred space in which characters are ineffable you can go ahead and roll with it! Did you forget a bit of your own campaign canon? Or did the NPC? Oh, but maybe the NPC has to know for the plot to make sense. So maybe it was a miscommunication. Or was having an off-day. Your characters don’t all have to be these bigger than life epic figures who spews lines like a nervous fourth grader reciting Shakespeare, and it probably improves the narrative to have honest foibles! That being said, your characters are likely more invested in the details of their lives than you, playing them once every other week for three hours… so if you’re a GM reading this, “silly” doesn’t always mean “make the PCs look incompetent and never let them correct themselves”. After all, some players want those serious-as-stone characters, and there’s nothing wrong with that!

(And I don’t just mean evil clowns, but that too.) Silliness can also be used to build tension and create contrast. Recently in my Where There’s Smoke campaign Hiyori’s father Royuka was checking in on his son after Hiyori caused something of a scene at his workplace, the Bank of Abadar. The scene opened with Royuka catching Hiyori kissing his boyfriend, creating this moment of  semi-spontaneous playful banter while providing Hiyori with some sound fatherly advice related to their current political situation. And as the confident Royuka rocked back on his chair while laughing, his seat slipped out from under him and he started to fall over backwards! I gave the Hiyori an opportunity to prevent his dad from falling over, but he rolled a Natural 1 and his dad hit the ground hard. This silly moment between a father and son suddenly took a dive for the worse in a realistic way that forced a reaction of genuine panic by using dramatic contrast. The same character may very well fall out of a chair in a future session as a form of comedy, but by forcing dice rolls I was able to immediately shift the tone from silly jokes to serious medical emergency. Fortunately Hiyori was quite skilled in medicine and his boyfriend Tawson was strong and sharp enough to provide the assistance necessary to examine and patch up the injured Royuka, and the RP resolved with the wounded dragon-slayer being driven safely home. Now some players might think it’s crazy to have a character that once slayed a dragon being threatened by a wobbly chair, but by interjecting moments where the mundane hazards of everyday life become a looming threat you can emphasize how important a PCs everyday life is! Royuka could have provided further bonuses to future interactions by giving his son some more advice, but the fall cut the conversation short. And if Hiyori had critically failed that medicine check, there was a chance his dad would have been out of commission for further which would have lead to more problems between the PCs and the Church of Abadar: opportunities for success and failure hinging on an interaction that on the surface was about sneaking kisses and dad jokes!

If Starfinder has taught me anything, silly can just be plain fun. Not every adventure needs to be life-and-death. Whether it’s challenging a PC to a Trading Card Game or spending an hour of a session talking about turning the party construct into a pizza-oven, there’s no reason these moments are any less valid than rolling initiative and lobbing fireballs. Games are meant to be enjoyed. And characters can often develop far more personality going out for beers and trading fart jokes than spending entire AP volumes quietly skulking down sewers and taking out gnolls. And even if their shenanigans are completely trivial by every other metric, even if it costs them gold, if everyone at the table is having fun then you’ve run a successful game.