Between movies, comics, and video games, I’ve seen and taken part in the destruction of a whole lot of Imperial All-Terrain Scout Transports. AT-STs are mostly there to give the heroes something larger than usual to destroy.

Not in The Mandalorian.

In case you saw the memes and assumed The Mandalorian is all Baby Yoda and “this is the way,” it is one of the best original shows streaming today, and has the best storytelling of possibly anything in a galaxy far, far away. 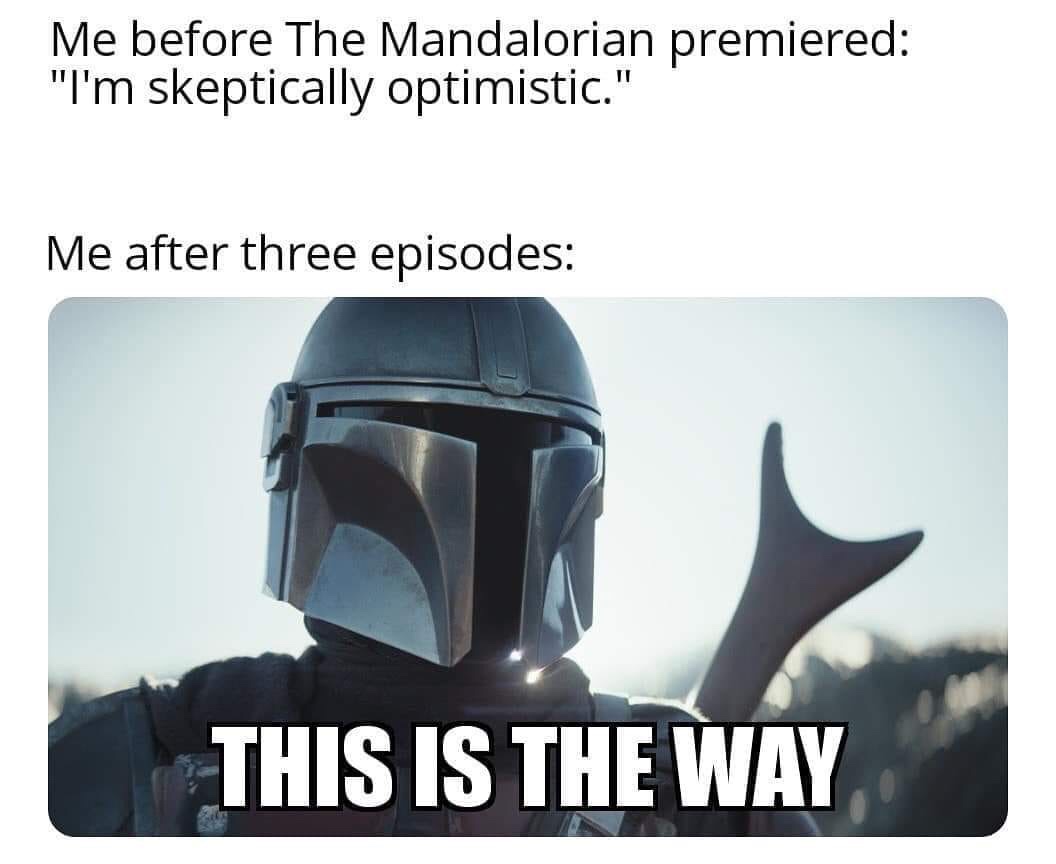 One of the reasons it succeeds in that regard is its ability to look at the Star Wars universe through the eyes of someone in it. Characters contemplate their actions and react to the consequences. Death affects these characters in a way that really makes Luke Skywalker look heartless for shrugging off his adopted parents’ crispy corpses.

In The Mandalorian, a 20m tall metal monstrosity with lasers in its face is treated more like a wild T-Rex than an extra tall Storm Trooper.

The Presentation of the AT-ST What separates the AT-ST in The Mandalorian from AT-STs in other Star Wars media is the presentation:

Learning From This Presentation

The Star Wars fanbase’s familiarity with the AT-ST is similar to our players’ familiarity with the creatures in the Bestiary. Most are based on known entities, so our descriptions can be as minimal as “you see an orc” and the players will know enough to create a visual in their head and know what kind of threat to expect.

However, it’s important that we remember a creature’s threat level is relative. You can throw dozens of orcs at a high level party and they’ll feel as impotent as a fleet of Star Destroyers armed with Death Star canons. However, at low level, a single orc can feel as dangerous as a single AT-ST.

How our mighty GM Crystal Frasier handled The Iron Lash in episode 25 of Adventurous http://knowdirectionpodcast.com/2019/09/adventurous-025-lashing-out/ is similar to how The Mandalorian handled the AT-ST. It was not a creature we felt particularly threatened by under normal circumstances (vagueness to avoid spoilers), but she description reminded us that this creature should terrify us. Additionally, it had minor tweeks to its details that set it apart from the typical creature of its kind. As a player in that encounter, I could not tell you whether this creature had a unique statblock or just a unique description. I can tell you that it felt like it could kill us all if we weren’t lucky, and that killing it was truly satisfying.

When you are deciding how detailed your description should be, Table 10-1: Encounter Budget on page 489 of the Core Rulebook is your friend. Like The Mandalorian didn’t take an AT-ST for granted, you shouldn’t dismiss that chart’s use of words like severe and extreme. It doesn’t matter if the players have killed the types of creatures in your 1st level adventure a million times over their years in the hobby, if this is the character’s first time encountering this creature, ask yourself how that would feel.

It’s why the goblins in Burnt Offerings were so memorable, and in a lot of ways those goblins are why Pathfinder became so successful so quickly.

What is more satisfying for the players? Slaying an orc that felt like a champion of their tribe, or slaying Rando orc #1? What is easier to accept, having trouble and maybe even getting knocked out or killed by a champion or a Rando?

What is more satisfying for us as GMs? Running just another Rando orc encounter, or introducing your players to Red Eyes, champion of the Aytee Hesty tribe, and seeing them cower and strategize?