Hello, and welcome to Guidance! Let me tell you a story about me and cooking. Believe it or not, I’m a pretty okay cook when I follow directions. But sometimes I like to try things new and exciting, and readers, I should NOT be permitted to experiment in the kitchen. This one time I wanted to make a soup I devised in my head for a special soup contest at work. It was to be called “Loaded Baked Potato Soup.” Essentially, the fabled LBPS is a cream of potato soup that includes bacon bits, green onions/scallions, and is served with a dallop of sour cream on top. I got the idea from a dish I like to eat at UNO’s (it’s that Loaded Potato deep dish pizza thing; SO GOOD). Anyway, I went out and bought all of the ingredients and started cooking.

About halfway through, after I had cooked the bacon, I had the idea to try and make my soup’s roux using the bacon fat from my bacon. (For those of you who aren’t culinary types, roux is a starch / fat mixture that you can add to a soup to make it even creamier.) I poured my roux ingredients into the bacon grease pan, and it immediately turned ash-gray. It was extremely unappetizing. At this point my sister, who is convinced that I don’t know how to cook, showed up. She took one look at my roux and was like, “Ew, do you actually want to add that to you soup?” She was convinced that adding it would turn my soup gray. However, I kept telling her, “Nah, let’s keep going with it!” Eventually, I had this loppy, ash-gray mush and a decision to make. At that moment, I realized what had gone wrong. I had succumbed to the Sunk Cost Fallacy. 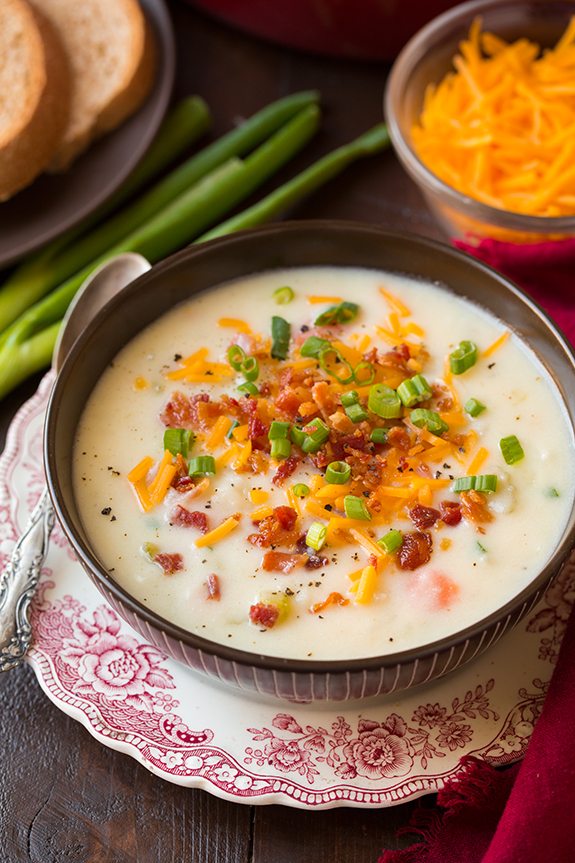 Mine had the ingredients spread throughout the soup and a nice dallop of sour cream on top, but this is pretty close to what I was going for.

To put it simply, the Sunk Cost Fallacy is the idea that you have to keep working on an idea because you’ve already invested a lot of resources into it. “Resources” can mean anything from time to money to man power—whatever valuable thing you’ve invested into the project. In my cooking story above, the resource I was worried about losing was time and ingredients. I had actually used the last of the flour in the house making my roux, and I was worried that my soup’s ingredients might burn if I left the house to go get more. Rather than worry about the quality of the finished product, I was more worried about the quantity of resources I had already spent getting to where I was.

That, in a single sentence, is Sunk Cost Fallacy.

How Does This Affect Me as a Writer?

Whether you’re writing for pleasure or writing to meet a quota, Sunk Cost Fallacy absolutely affects writing. From game design to storycrafting, you’re spending resources when you create. You’re using time, electricity, and manpower (typically your own, but sometimes others). Sometimes you feel like you can pull that magic item out of the gutters if you devote just one more page to it, or feel like you can really clean up a plot hole if you tweak a few things just one more time. At some point, you need to stop and ask yourself whether the resources you’re devoting to a task are worth it. Is there really an end in sight, or are you dooming yourself to continue to waste more and more resources on a project that isn’t going anywhere. Having the wisdom to spot when you’re at risk of falling victim to Sunk Cost Fallacy is an import part of being a professional writer, and its also an important part of being a GM. You only have so many days to prepare between sessions after all. If you constantly cancel sessions to get your game “just right,” you’re basically embodying Sunk Cost Fallacy.

What Do I Do If I’m Sinking?

Your next step after realizing that you’re falling into the Sunk Cost Fallacy is an important one, but it’s also one that there’s no default answer to. Some helpful questions you can ask include:

When you’re armed with this information, you’ll start to see the places where you might be able to trim things down and fix them. Now, I’m going to run through the above questions using my roux as an example to show you how it works.

In the end, I turned off the heat for my soup and went out to get ingredients to make a new roux. I got my mom on the line because she’s an amazing cook, and together we made a significantly nicer-looking roux. My soup looked and tasted amazing, although later James Ballod (author of Code Switch and culinary major) told me that my roux probably would have tasted and looked fine if I had used it. But I wanted to make sure my presentation was on-point, and I was satisfied by the changes I made. Overall I consider the project a success.

If you want to learn more about Sunk Cost Fallacy, I recommend this video by Extra Credits. It is an extremely good guide on the subject if you want to know more. Next time, I’m going to be taking a break from Game Design to take a turn back towards Iconic Design. After all, I’m feeling a bit skitterish after having not done any builds for a while. But until then, I’m Alexander Augunas, the Everyman Gamer, and I’m always here to offer you a little bit of Guidance!