Hello, and welcome back to Guidance! For the past two weeks, we’ve been talking about design as a product of need, or as “a thing you do to fill gaps in a game.” We’ve been looking at the armored solarian for the past few weeks and noting how they aren’t really “up to snuff” compared to the soldier class despite an equal investment of class features (perhaps greater, as a soldier who picks the guard style will eventually get another style, while a solarian with solar armor will never have a chance to get the wicked-cool solarian weapon.

As we’ve been working, we’ve 1) determined that there is a noticeable gap in defenses for the armor solarian, and 2) designed the fundamental framework for a new type of equipment that is designed to solve the issue, solarian armor crystals. With this in mind, let’s get started!

I don’t want to make you guys constantly flip back and forth between articles, so here’s a reproduction of how solarian armor crystals currently work.

A solarian armor crystal adds defensive properties to a solarian’s solar armor. The solarian can place the crystal inside their mode as a standard action. While within a mote, a crystal applies its effects any time that mote is in a solar armor form. A crystal within a mote can’t be interacted with in any way other than via abilities that specifically target a mote. The solarian can remove the crystal from their mote as a standard action, and the crystal falls loose if the mote is deactivated in any way. A solarian can’t have more than one crystal in his mote at a time.

Broken Solarian Crystals: If a solarian armor crystal with the broken condition is inside a solarian’s solar mote, the solarian doesn’t gain the additional benefit of their solarian armor crystal (they still gain the +1 insight bonus to KAC, however). This effect lasts until the crystal is repaired. As hybrid items, solarian crystals can be repaired using the make whole or mending spells, or with the Engineering or Mysticism skills.

Okay, with this in mind, let’s get started on effects!

Now that we have the core effects of the solarian armor crystals, we need to have the “sweet effects” they all bring. So, why do we need this? For one this adds a bit of extra choice to the solarian’s tool kit. For another, their direct comparison items (solarian weapon crystals) usually bring two effects to the playing field: a passive weapon damage buff and a cool critical effect. For our armor crystals, we can consider the passive +1 insight bonus as the “passive benefit” that the armor crystal provides. This means that we need to add special abilities that are roughly as powerful as a critical effect—that means either “all the time, but not strong” or “rare, but powerful.” Where solarian weapon crystals follow a very paint-by-the-number design, we have the opportunity to make the armor crystals REALLY cool and flashy. Why? Because by their nature, weapons are flashier than armor. Armor’s just a thing you have on, where a weapon is a thing you DO and SWING and WIELD. It has presence on the battlefield the way that armor just doesn’t in Starfinder.

To understand what I mean, consider this: when you’re looting the body of an NPC that you bested in Starfinder, which item are you generally more “aware of” that you’re getting—the NPC’s weapon, or the NPC’s armor? Let me tell you, when we fought a sniper in Dead Suns, we were VERY aware that by besting her, we were getting a sniper rifle. For solarian armor crystals to be cool, a solarian who defeats an enemy solarian with an armor crystal should know what they’re getting.

With this in mind, here’s a list of goals:

So normally at this phase, I would suggest researching fictitious ideas that are visually similar to that of the thing we’re designing for inspiration. Herein lies the problem with the armored solarian, however—the concept of “I conjure my own magic armor” is surprisingly not done very often in fiction. Fiction values offense way more then defense on average, and when defense IS done, its usually in the form of a weapon like a shield.

Another problem is that whatever we do can’t be something that feels like an armor upgrade. Why? Because if we make a solarian armor crystal that feels like an armor upgrade, the question becomes, “Why did you make this solarian only?” The question, then, becomes “How do you make an armor crystal that gives a cool defensive effect that feels like it should be solarian only.” The answer, my friend, is in flavor. The solarian OOZES flavor—its manifestations come from the balance between stars and dark holes. That means anything we need to do needs to feel supernatural, rather than technological, and should be flavored around things the solarian alone can do. To a certain extent, they should feel like very specific revelations.

Aside from this, lets look at different characters that do things that feel very “armor-manifesty.”

Here are a couple of different things I came up with in my hunt.

So this one might seem peculiar given Steven Strange’s association with magic rather than technology, but when you get right down to it the solarian IS a magic class, so I think this is a pretty good candidate. Specifically, Doctor Strange has this awesome cloak that’s capable of moving on its own and doing stuff independent of its master. A solarian with a crystal that could do something like that seems pretty awesome to me. While Orisa doesn’t have any connections to stars or light or anything like that, she has several mechanics that feel VERY defense-solarian to me. First, she can project a small crystal that generates a powerful barrier that blocks line of sight and absorbs damage. Second, she can create a plasma ball that grapples enemies and pulls them all together. Now, that later effect feels VERY similar to an existing solarian revelation, but it is still something we can keep in mind. Orisa also has a strong defensive ability called fortify, which drastically increases her armor for a short while. 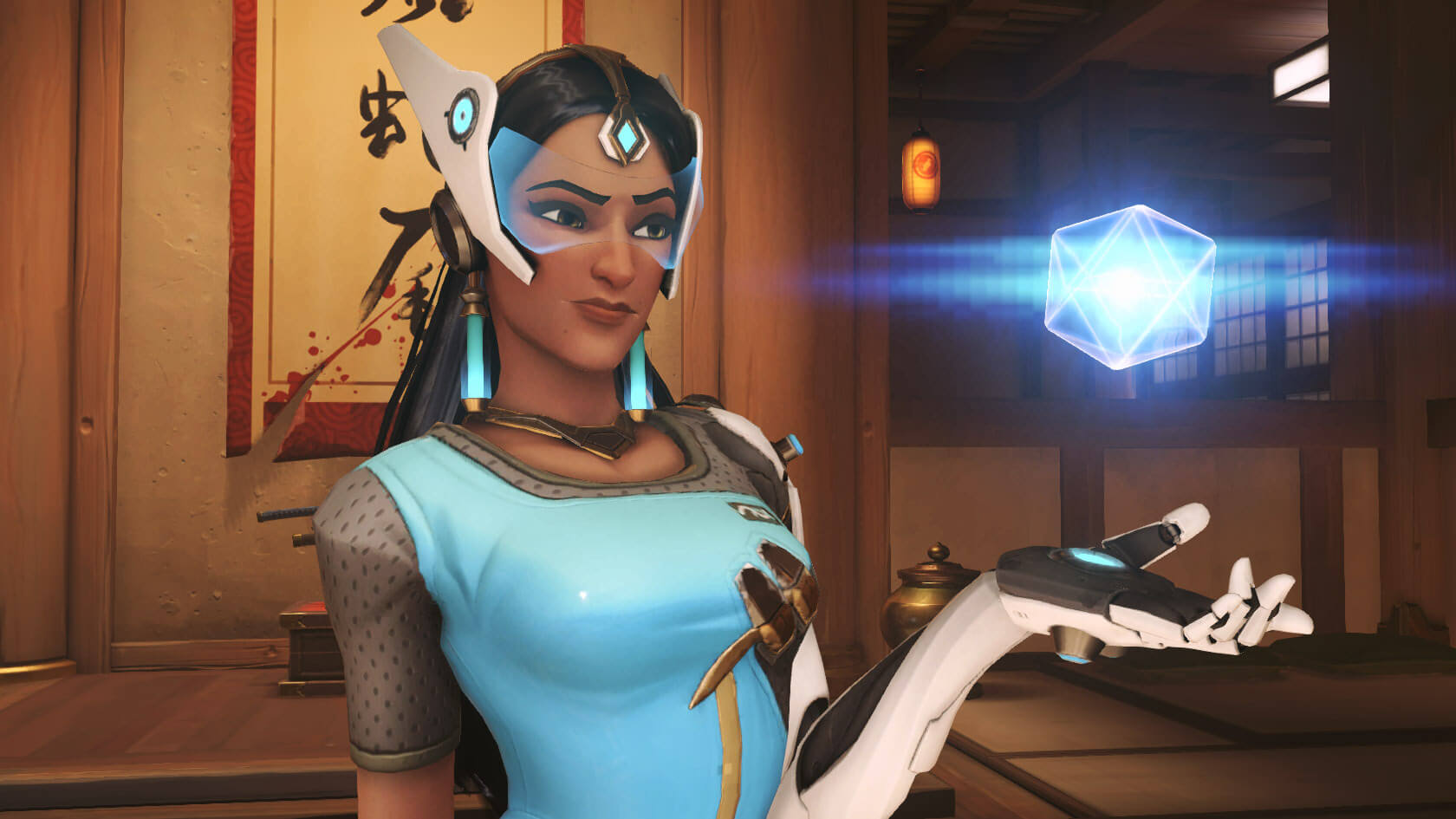 In Overwatch, Symmetra is able to create physical objects from light energy. That sounds VERY star-oriented to me, guys! In Overwatch, Symmetra has the ability to construct turrets, shields (that work like temporary hit points applied to all of her allies in a very large radius), and barriers (a mobile force field that basically blocks line of effect in Overwatch). I don’t know how you guys feel, but a solarian who can create barriers, provide temporary hit points, and make cover sounds VERY defense-solarian to me.

Alright, so we have some target goals for our solarian armor crystals, as well as some great pieces of inspiration. Next week we’re going to take all of this stuff we’ve found and try to piece it together into a couple of solarian armor crystal items! This is it—the article you’ve been waiting for. Let’s do it! In the meantime, I’m curious—what sort of fictional characters do YOU associate with solarians? What sort of powers and abilities feel very “armored solarian” to you? How about weapon solarian? Leave your comments below, please; I’d love to see them! But until then, I’m Alexander Augunas, the Everyman Gamer, and I’m always here to offer you a little bit of Guidance!