In Keyword Design, I use a single word as inspiration for a mundane item, a magic item, a feat, a spell, and a class option. Today’s word is “sacrifice” as suggested by Nick V.

Mwahahahahahahah!
Actually, what makes sacrifice such a great keyword is that it’s as malicious as it is selfless. Time to blare some Creed and have some fun with it. 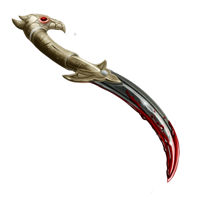 Simple light melee weapon
Cost: 300 gp
Dmg: 1d3 (S), 1d4 (M) Critical: x2 Type: P or S
Range: – Weight 1 lb
A sacrificial knife is a carefully crafted and ornate dagger. The specific ornamentation depend on the culture, with common examples being a hilt carved from ivory, encrusted jewels, or delicate engravings in ancient languages. Although less practical than most blades, it is sharpened to a dangerous point. When used to perform a coup-de-grace, the critical multiplier of a sacrificial knife increases to x5.

This is an item I would have fun with as a GM. Have it hanging obviously from an NPC’s bandolier and make it very clear that this is for not just finishing off unconscious foes but is probably part of some nefarious ritual. Team that NPC up with a witch with the slumber hex and you have a simple encounter with a unique dynamic. 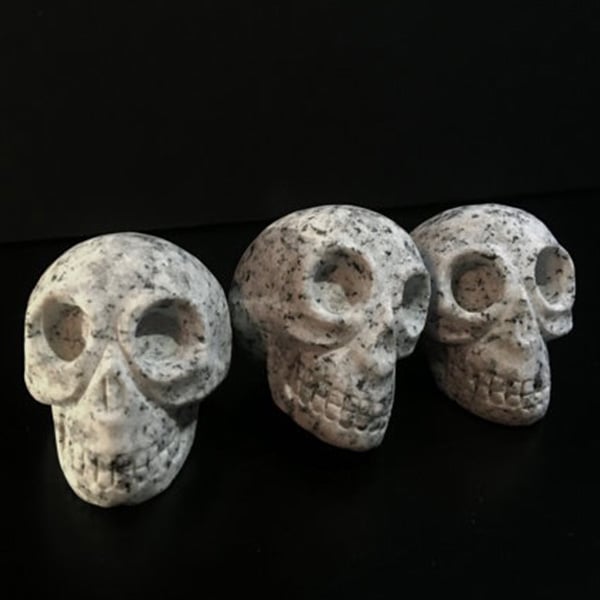 POLISHED BONE IOUN STONE
Aura moderate necromancy; CL 6th; Slot -; Price 1000 gp; Weight –
DESCRIPTION
This stone, made from bone and sometimes carved to resemble a humanoid skull, has no effect until the wearer dies. At that point the ioun stone disintegrates and the soul of the wearer invisibly watches over their body rather than moving on to the afterlife. The body cannot be used to create undead, and the soul decides whether a speak with dead spell works on it or not with no Will saving throw required, and they are not limited to answering questions from when they were alive. Every ten years on the anniversary of the body’s death the soul has the choice to leave the body and enter the afterlife or remain for another decade.
CONSTRUCTION REQUIREMENTS
Craft Wondrous Item, gentle repose, speak with dead; Cost 500 gp

This is another option that I can see being fun as a GM. The PCs find a body with a mysterious pile of bone mead next to it. It also allows more creative exposition, like if the soul has been standing around for a week and is already desperate for someone to chat with.

New Feat
SELFLESS CARE
You put the well-being of others before your own.
Prerequisite: Ability to cast mass cure light wounds or channel positive energy
Benefit: When you have less than your maximum hp and target yourself and one or more allies with an ability that restores lost hit points, you can choose not to gain take any of the healing yourself and instead allocating the healing you would have received to the other valid targets of the spell. You must forgo all healing from this use of your ability in order to grant allies additional healing, you can not heal some and donate a portion of your healing to your allies.

I thought about including a section about how the gods feel about healers wounding themselves in some minor way before using Selfless Care. It felt awkward and controlling, plus I didn’t want to give GMs a reason to refuse an ability that a player used a feat slot to gain, even if some gods might roll their eyes at the practice. I also didn’t want to word it in a way that players would expect extra benefit for using it if their god appreciated the attention to the letter of the law.

New Spell
FLAGELLANT BLESSING
School enchantment (compulsion) [mind-affecting]; Level cleric/oracle 3, inquisitor 3, paladin 3
CASTING
Casting Time 1 standard action
Components S, V, M (leather from a whip)
EFFECT
Range personal
Target you
Duration 1 round/level
DESCRIPTION
You become immune to fear gain a +1 morale bonus on attack rolls, saves, and skill checks. This bonus increases by +1 for every 4 casters levels, up to +5 at 20th level. However, any round you fail an attack roll, save, or skill check, or do not attack or make a skill check, you take 1d6 nonlethal damage per +1 morale bonus you gain.

The gods will guide your way if you are worthy but they do not like when you squander their help. Gods can be fickle, what do you want? 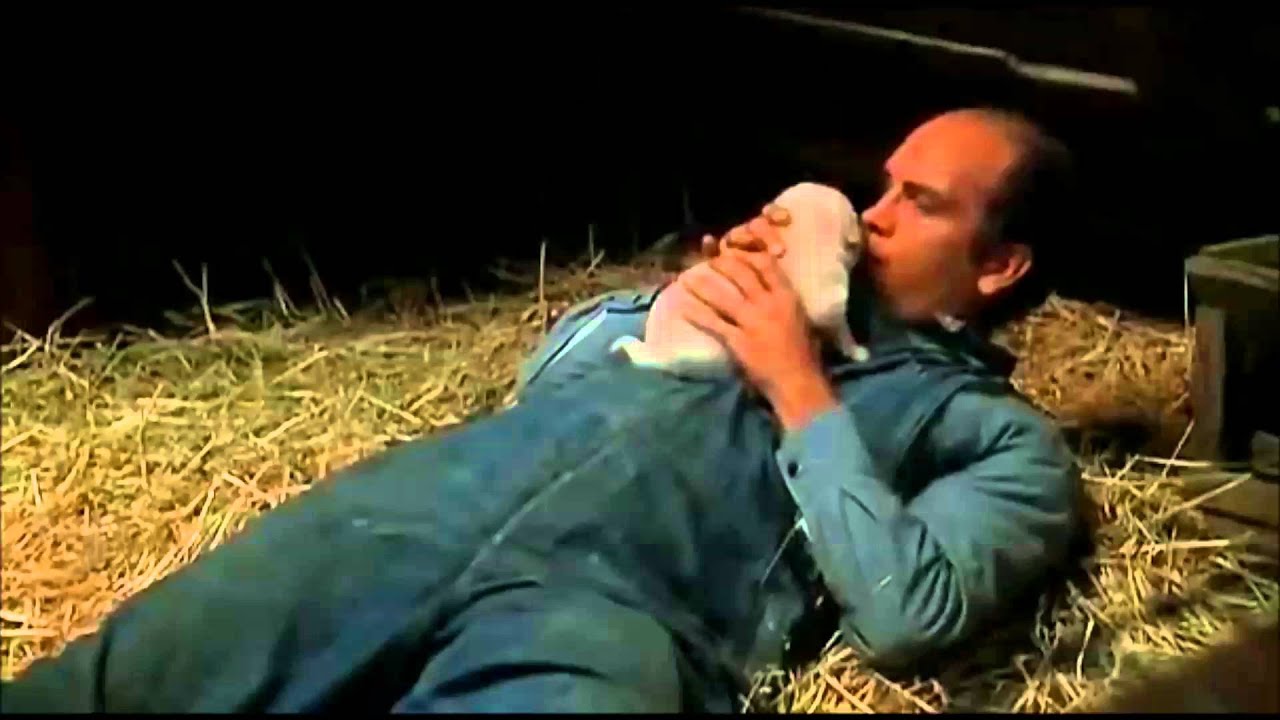 Blood can trigger primordial instincts. Fear for some, violence for others.
Familiar Bond (Su): In an attempt to control the rage in their wilder warriors, tribal elders help bloodlust barbarians bond with a disarming critter. Unfortunately for the animal, this is a volitile relationship, and bloodlust barbarians must often replace lost familiars. A bloodlust barbarian gains Familiar Bond as a bonus feat. She must choose a living familiar that can bleed to gain the benefits of red rage, even if she later gains an ability that modifies her familiar options, such as Improved Familiar.
This ability replaces fast movement.
Red Rage (Ex): Bloodlust barbarians involuntarily enter a rage when exposed to blood other than her own. When a bloodlust barbarian sees, smells, tastes, or touches blood, she is staggered for 1 round. The following round, she enters a rage, as a standard barbarian, except she cannot end her rage. This rage lasts a number of rounds equal to 4 + her Constitution modifier.
Alternatively, as a free action a bloodlust barbarian can provoke her familiar to draw its blood. In this case, she enters her rage without being staggered first. However, if she does not would a target that bleeds before the end of her rage or falls unconscious, she spends the last round of her rage taking her aggression out on her familiar, killing it.
This ability alters rage.

This definitely came from a dark place, you guys. Actually, that’s not necessarily true. It started as a barbarian archetype with rage limited by the blood they spill instead of rounds per day, then I was worried about a bag of kittens exploit, and then I decided this would be the bag of kittens barbarian. Speaking of kittens, here’s a palate cleanser of Goldberg with a kitten. Shoot, he’d crush that kitten for another title shot, wouldn’t he?

Thanks again to Nick V for the keyword suggestion. If you have thoughts on the balance and use of these abilities, or you would like to offer a single word that you think can inspire a mundane item, a magic item, a feat, a spell, and a class option, let me know in the comments below.

Next Article   Behind the Screens – How Much is a Backstory Worth?